Video Surveys and Their Applications in Market Research 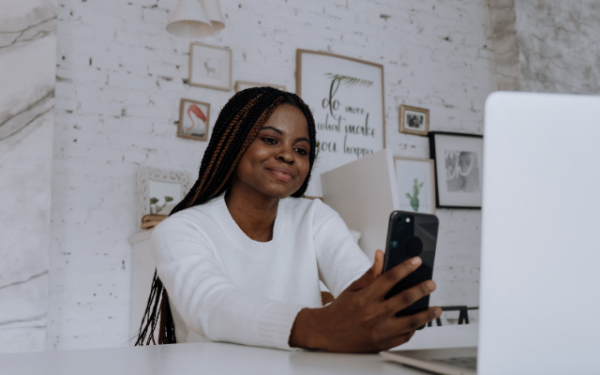 According to a recent study done by Wyzowl, 86% of companies use video as a marketing tool and of those that don’t, 69% planned to start in 2020. This trend can also be seen in the market research space where video surveys are increasing in popularity. But what exactly are video surveys and how are they being used in market research? We will answer those questions and more in this article.

What are Video Surveys?

Video surveys are a form of market research methodology that incorporate the use of recorded video into the questionnaire of a study or as a form of qualitative data collection.

The first main application of video surveys is to embed the video into the questionnaire and then have participants answer a series of questions related to the video. This method has proven highly beneficial for researchers as, according to QuestionPro, “surveys with video can grab the attention of the respondents very easily and hold it for a longer time as compared to textual questions.”

One illustration of how TL Health has used video surveys in market research is to gather product feedback. In our example, a company we were working with was introducing a new medical device and wanted feedback from physicians on the design of the product and its predicted ease of use. By providing a short demonstration video of the device, physicians were clearly able to visualize what the product looks like and see it in action. Providing a better description of the product than text.

Another way video surveys are being applied in market research is in the form of qualitative data capture. As stated by TradePub.com, “video responses in surveys provide at least six times more information than an equivalent open-ended text response.”

Some examples of how video surveys are being used to capture respondent feedback are ethnography research, video diaries, insight generation and testimonials. In the healthcare space, this is particularly applicable to patient journey research as it allows patients to participate in the research from the comfort of their own home, which is beneficial as some patients may be too sick to travel.

Although video surveys are still a newer concept in market research, they are already evolving. Companies like Plotto, now allow researchers to create a “showroom” of video responses where researchers can tag, filter and watch videos all in one location.

In addition, video surveys are now becoming easier to use as innovations are making it simple to host, download, export and send videos on a large scale, all with no special technology required.

The analysis of video survey data has also seen new advancements including keyword trend analysis, sentiment analysis and facial emotion analysis. These new developments are making it easier and faster for researchers to analyze and report on findings discovered from video survey responses.

Video surveys are growing in popularity as video continues to be a preferred method of communication. As the barriers to use continue to come down, we can expect video surveys to become much more common within the market research space. In addition, improvements in data analysis are now making it simpler than ever for researchers to study large amounts of video data, allowing for faster and better business decisions.

Tyler has nine years of pharmaceutical experience working in Market Research and Pharmaceutical Sales. Tyler holds a BA in Marketing from the Temple University Fox School of Business and a Certificate of Proficiency in Quantitative Analysis Field Of Study Data Analysis from the Burke Institute.